This work traces how Gothic imagination from the literature and culture of eighteenth- and nineteenth-century Europe and twentieth-century US and European film has impacted Latin American literature and film culture. Serrano argues that the Gothic has provided Latin American authors with a way to critique a number of issues, including colonization, authoritarianism, feudalism, and patriarchy. The book includes a literary history of the European Gothic to demonstrate how Latin American authors have incorporated its characteristics but also how they have broken away or inverted some elements, such as traditional plot lines, to suit their work and address a unique set of issues. The book examines both the modernistas of the nineteenth century and the avant-garde writers of the twentieth century, including Huidobro, Bombal, Rulfo, Roa Bastos, and Fuentes. Looking at the Gothic in Latin American literature and film, this book is a groundbreaking study that brings a fresh perspective to Latin American creative culture. Carmen Serrano is an Associate Professor at the University at Albany, State University of New York. As a scholar of twentieth and twenty-first Latin American, Mexican and U.S. Latinx literature and culture, she analyzes the ways in which literature and films manifest monstrous, spectral and non-normative bodies. Some of her publications that reflect these themes include: Gothic Imagination in Latin American Fiction and Film (University of New Mexico Press 2019); “Mapping the Zombie: Diego Velázquez Betancourt’s Newfangled Zombie in La noche que asolaron Tokio.” (Romance Notes 2018); “Duplicitous Vampires Annihilating Tradition in Froylán Turcios’s El vampiro.” (Routledge 2018); “Gallo-Gallina: Gender Performance and the Androgynous Imagination in Elena Poniatowska’s Hasta no verte Jesús mío.” (Routledge 2017); and “Revamping Dracula on the Mexican Silver Screen in Fernando Méndez’s El vampiro.” (University Press of Mississippi 2016). 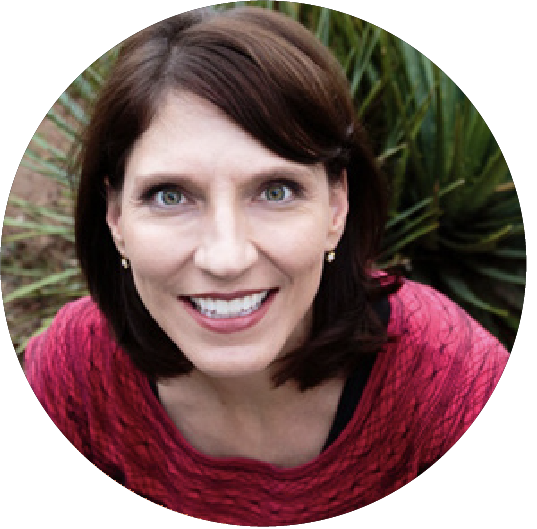 This presentation explores Oaxacan mezcal as a newcomer to the global market. Not only is mezcal Oaxaca’s fastest-growing rural industry, it connects the region to an emergent network of producers, brokers, and consumers across the U.S.- Mexico border and beyond. Mezcal may be joining more well-known foods of Mexican origin commonplace in U.S. markets (corn, chile, chocolate), but its popularity is distinctly tied to the creation of a new class of global food consumers who prize mezcal as craft within the artisanal food movement; at the same time, its growing popularity is spurring questions about the sustainability of the industry. Ronda L. Brulotte is Associate Professor in the Department of Geography and Environmental Studies, Director of Latin American Studies (LAS), and Associate Director for Academic Programs in the Latin American and Iberian Institute (LAII) at UNM. Dr. Brulotte's research focuses on food systems, tourism geography, critical heritage studies, commodities and materialism, and transnational indigeneity. As Associate Director for Academic Programs at LAII, she oversees the Latin American Studies undergraduate and graduate program, including serving as Chair of the Interdisciplinary Committee on Latin American Studies, the faculty governance body for LAS. 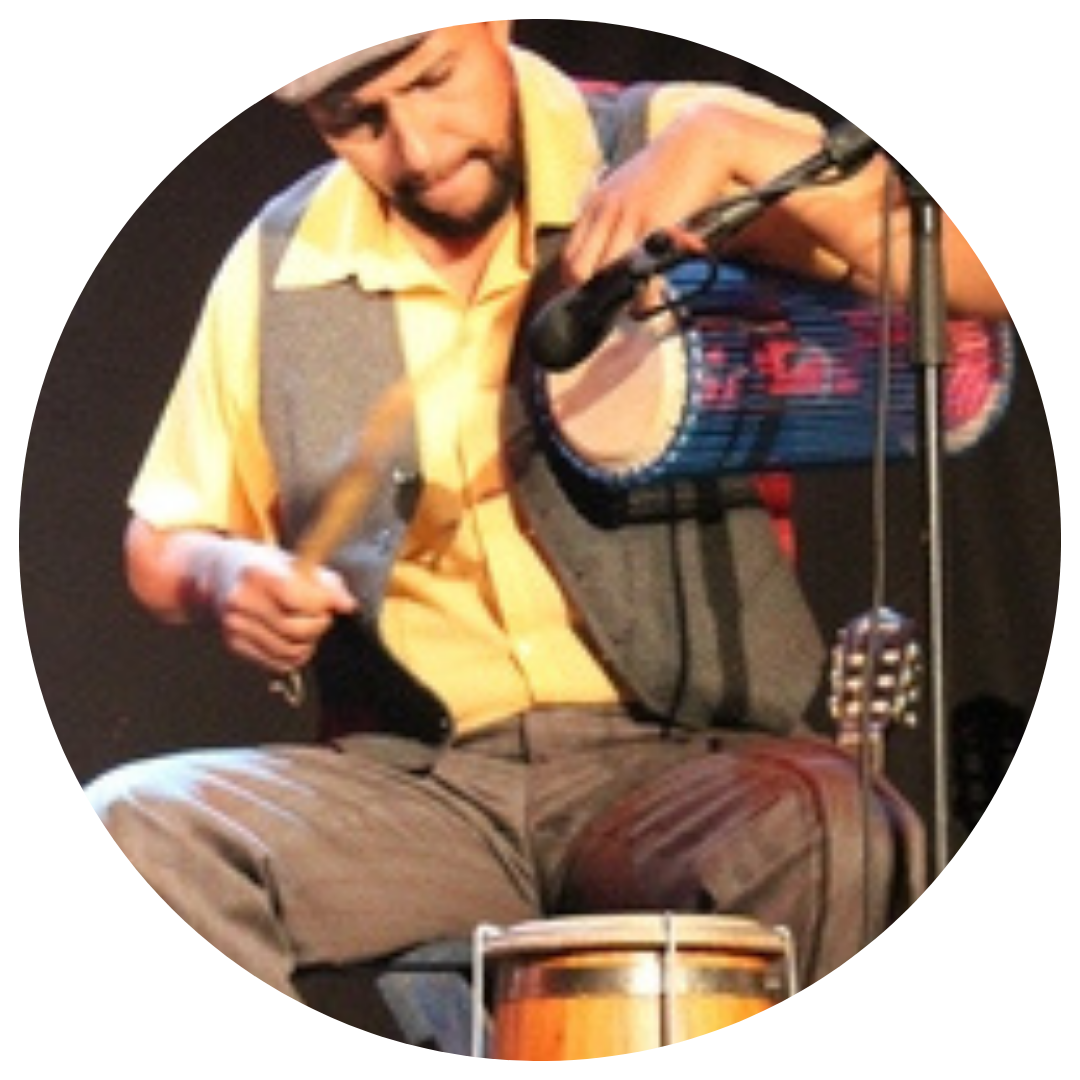 Performing the Songs of Black Experience: Afro-descendant poetics and transcultural dialogues in the theatrical creation based on the Vissungo

This event proposes to present the possibilities and potentialities of transcultural and creative dialogues between African-Diasporic songs of tradition and performing arts. Particular attention will be given to the work developed by Brazilian artist and researcher Luciano Mendes de Jesus within his project Platform Garimpar em Minas Negras Cantos de Diamante, which investigates sonic-musicalities and performativities linked to the vissungo and the construction of Afro-descendant poetics in contemporary theater. Vissungos are songs of Central African origin deep-rooted in Brazil in the state of Minas Gerais, between the 17th and 20th centuries. Currently, Vissungo songs are found only residually, as local memories or integrated into other cultural manifestations, since the social system in which they emerged has undergone profound changes over the years. However, the first records by ethnographers and ethnomusicologists, which date from the first half of the 20th century, are references adopted and adapted in Afro-Brazilian arts to the present day, especially in urban popular music.

Join CLASP and the Hispanic Reading Room at the Library of Congress in a virtual celebration of children’s and YA Latin American and Latinx literature. Hear from authors and illustrators amplifying stories and voices from across Latin American and Latinx communities. We invite families, educators, and students to take part in this unique celebration during Hispanic Heritage Month, on Indigenous Peoples’ Day. The Zoom webinar will feature award-winning authors Angela Burke Kunkel (Digging for Words: José Alberto Gutiérrez and the Library He Built), Aida Salazar (Land of the Cranes), and Yamile Saied Méndez (Furia).

Press, Power, and Culture in Imperial Brazil introduces recent Brazilian scholarship to English-language readers, providing fresh perspectives on newspaper and periodical culture in the Brazilian empire from 1822 to 1889. Through a multifaceted exploration of the periodical press, contributors to this volume offer new insights into the workings of Brazilian power, culture, and public life. Collectively arguing that newspapers are contested projects rather than stable recordings of daily life, individual chapters demonstrate how the periodical press played a prominent role in creating and contesting hierarchies of race, gender, class, and culture. Contributors challenge traditional views of newspapers and magazines as mechanisms of state- and nation-building. Rather, the scholars in this volume view them as integral to current debates over the nature of Brazil. Including perspectives from Brazil’s leading scholars of the periodical press, this volume will be the starting point for future scholarship on print culture for years to come.

Peace Corps: How to apply, what to expect, and how the experience can lead to future success

This event will inform UNM Students and others about Peace Corps. Panelists will discuss the application process, the program offered through UNM to give them help and an advantage in the application process, and will expose the audience to UNM alumni who participated in the program. The event will give attendees a chance to understand how to do it, what it is like and what are the benefits of the program both personally and professionally.

Join the University of New Mexico’s Latin American & Iberian Institute for an evening of free professional development as we explore how to teach immigration and activism in the K-12 classroom. We will be joined by Alejandra Domenzain, author of Para Todos. Alejandra grew up in Mexico and the United States. She has been an advocate for immigrant workers for over 25 years, and also worked as an elementary school teacher. Currently, she is dedicated to improving workplace health and safety for low wage workers. Alejandra is using her green pen to write books that invite kids to question, dream, and stand up for justice.

Conversations about Utopia and Anti-Utopia in Latin America: Co-Authored Writing Projects Located in Nicaragua and Colombia

During the markedly strange time for research and writing engendered by the pandemic, I came to realize that for many years I had noticed with alarm that utopian narratives and imaginaries, in written and visual media, had almost completely disappeared, whereas dystopian and anti-utopian imaginaries had everywhere proliferated. I initiated conversations with former and current students to co-theorize this historical moment in the ways alternative futures are conjured and represented. Out of those conversations the two projects presented here developed: on the one hand, a conversation with Lara Gunderson, (PhD in Anthropology 2018) about the utopian imaginary in Nicaragua was published in an article entitled “Solentiname’s Utopian Legacies and the Contemporary Comunidades Eclesiales del Base (CEBs)” based upon my own former research and Lara’s dissertation research about the CEBs. On the other hand, a conversation with Felix Manuel Burgos (PhD in Spanish and Portuguese 2013) developed around the anti-utopian world of the Fuerzas Armadas Revolucionarias Colombianas (FARC) and Felix Manuel’s memories of living in the FARC controlled Zona de Despeje (1999-2002).

The Conquest of the Desert: Argentina's Indigenous Peoples and the Battle for History

Winner of the 2021 Thomas McGann Book Prize from the Rocky Mountain Council for Latin American Studies For more than one hundred years, the Conquest of the Desert (1878–1885) has marked Argentina’s historical passage between eras, standing at the gateway to the nation’s “Golden Age” of progress, modernity, and—most contentiously—national whiteness and the “invisibilization” of Indigenous peoples. This traditional narrative has deeply influenced the ways in which many Argentines understand their nation’s history, its laws and policies, and its cultural heritage. As such, the Conquest has shaped debates about the role of Indigenous peoples within Argentina in the past and present. The Conquest of the Desert brings together scholars from across disciplines to offer an interdisciplinary examination of the Conquest and its legacies. This collection explores issues of settler colonialism, Indigenous-state relations, genocide, borderlands, and Indigenous cultures and land rights through essays that reexamine one of Argentina’s most important historical periods.