This symposium brings together leading researchers in the field alongside exceptional junior scholars to advance theoretical understandings of smallholder agriculture and rural landscapes within the context of ecological, political, and economic transformation in Latin America. Rural transformation is happening in Latin American societies in which inequality is extremely high, climate change is increasingly disruptive, economic liberalization is rapid and radical, and globalization is overwhelming local cultures. Despite these challenges, smallholder agriculture and rural people keep contributing to the rural economy and to society at large, because they assert agency and shape their emerging environments.

The symposium is organized around three themes, each representing an aspect of changing rural landscapes in Latin America.
1. Agroecology: Understanding how agroecology has merged activism and agronomy in the age of climate change to transform agrarian movements in Latin America.
2. Water governance: Understanding contestations over water and how they transform politics in the age of climate change.
3. Security measures: Tensions in securitization among nation-states, industry, and rural people as each works to meet their goals in a changing climate.

Register now to reserve your space.

These factors have influenced each other, and are both causes and consequences of continued rural transformation in the twenty-first century. Long-standing rural, agrarian communities have been replaced by new types of communities, in which agriculture is still important but with different roles from the past. These differences do not always benefit rural people. Even as agriculture has grown as an economic sector, its increased integration with global economies has undermined the ability of rural populations to meet their goals, or even excluded them from the sectoral growth (IFAD, 2016). In other words, “the paradox in Latin America is that while agriculture has been doing relatively well … with a sustained 2.5 percent annual growth … over the past 40 years, rural people have not fared well: rural poverty remains stuck at 58 million” (World Bank, 2007, p. 239).

Smallholders, peasants, and indigenous rural actors are under-represented in agricultural development policies in the region. These policies are typically developed through negotiations between the state and small groups of powerful private actors. Rural groups with less power, like smallholders, are almost always under-represented in those negotiations (PIADAL 2013, p. 87-89). This exclusion extends beyond purely economic aspects into attempts to manage the impacts of climate change on Latin American agriculture (Warner & Kuzdas, 2016).

The symposium program will include three sessions focused on different aspects related to rural transformation: agroecology, water use and governance, and security measures. The agroecological revolution has merged activism and agronomy, and underlies the vision of food sovereignty supported by La Via Campesina, one of the most important agrarian movements in Latin America (Altieri & Toledo, 2011; Martinez-Alier, 2011). Contestations over water, who can access it, and how it is distributed have shaped regional politics for decades (e.g. Assies, 2003; Perrault, 2005), with these struggles exacerbated by climate change. Negotiating water governance at multiple scales has become a key challenge (Perrault 2014a, 2014b). Finally, tensions among security measures taken by nation states, industry, and rural people complement and compete as they each seek to meet their goals in a changing climate. As the concluding session for the symposium, the focus on securitization will explore competing understandings of the ways in which water, agroecology, and narco-production are constructed as threats or threatened by certain groups, and will then interrogate those tensions as they emerge in competing narratives. 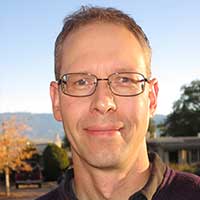 The conference is organized by the UNM Latin American and Iberian Institute (LAII) under the leadership of a faculty steering committee composed of:

It is held as the LAII’s fifth Richard E. Greenleaf Conference on Latin America in honor of Dr. Greenleaf, noted Latin Americanist and dear colleague.

The generous support of the following partners has made the event possible:

Accommodations and Lodging: A discounted group rate ($125/night, including breakfast)  has been arranged with the Hotel Parq Central in Albuquerque, NM, for out-of-town guests seeking accommodation. To obtain this rate, please contact Noelle Wallace at 505-242-0040, or by email, nwallace@hotelparqcentral.com. Other student-friendly accommodations may be found by looking at the list of hotels which provide a UNM rate or at the newly-refurbished Mother Road Hostel.

Directions and Parking: The conference will be held in the UNM Hodgin Hall, which is building #103 on the UNM Campus Map. Visitor parking is available within easy walking distance at the Cornell Parking Structure (building #198 on the campus map). All hourly parking is available at a rate of $1.00 per half-hour and may be purchased in the parking structure using pay stations that accept VISA, Mastercard, American Express, and Discover or through the use of Parkmobile to pay remotely by cell phone. The Albuquerque public transit system would also be a convenient transportation method, as a bus stop is located close to Hodgin Hall on Central Ave.