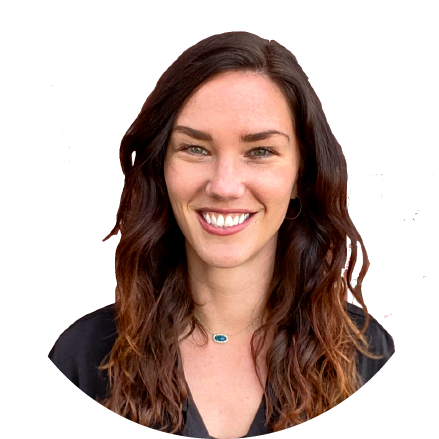 Jessica Carey-Webb is an Assitant Professor in the Department of Spanish and Portuguese and an incoming affiliate with LAII. Her research specializes in the historical development, environmental representation, and sustainable future of Latin America and the Amazon region. In particular, she focuses on environmental issues and the cultural representation of the Brazilian Amazon. Her current book project, Eyes on Amazonia, examines how race and gender inform structures of empire in the Amazon during a period of heightened national and international attention (the first rubber boom) from the late 19th to the early 20th century.

What motivates/inspires you in your current research field?

JCW: My research is focused on the Amazon region in Brazil in particular. Broadly, I look at the historical development of the Amazon, thinking about the ways that the region has been imagined in cultural production and also in policymaking, both historically and linking that into the present day. So it's actually a pretty easy question in that sense of what motivates and inspires me. I mean, one, I've spent some time living in the Amazon region and found it just such a fascinating area, with so much going on, so many different cultures interacting and so many other outside actors intent on figuring out what to do with the region without necessarily listen listening to the people who live there. I'm motivated by trying to think of ways that we can protect. Actually, I take issue with that word -- to protect the Amazon, I mean to rather listen to the people who are living there to figure out ways to sustainably build a future for this region that's so environmentally important and socially important as well.

JCW: When I was living in the Amazon, I was in a small town outside of Belém, about four hours outside of it. And before I went there, I had such an idea in my head of what it was going to be like. You know, tall canopy trees, howling monkeys, maybe a jaguar, you know, all of the kind of flora and fauna you think of, especially as the North American when you think about the Amazon. And, you know, I got there, and it was mainly soybean fields. And seeing the way that the region had been deforested and then turned into a monoculture mainly for export really impacted the kind of issues relating to the Amazon that I was looking at. I wanted to think about areas of conflict. Actually, the geography question is kind of tough because the Amazon is huge. I mean, there are so many different geographies within it, right? This is a region that also encompasses nine different countries, millions of inhabitants, different cultures, different languages. The way that I'm thinking about the Amazon, particularly in my book project, is thinking about the areas where there's a lot of cultural conflict -- contact zones where things are coming up against each other with an unequal power dynamic. I do look at the Amazon basin as a whole and then kind of zoom into different geographies where there are these areas of conflict. So that could be in thinking of those soybean fields that I lived amongst, right? Thinking of the dynamics of how those areas were deforested, what were the kind of pushes against that? What are the importing and exporting factors there? But overall focusing on the region and the geography of the region as a space of conflict.

JCW: I was really lucky doing my dissertation and my Ph.D. work at the University of Texas in Austin. I worked with Dr. Lorraine Leu, who is just an incredible scholar of Brazil, of race and cultural studies. And she's guided me and inspired me beyond anyone else. That's just on the personal level. But on, you know, thinking about that question more broadly and thinking about the Amazon region and the future of the Amazon region, Marina Silva, who is the former environmental minister in Brazil is someone who really inspires me. She comes from the western Amazon and was basically self-taught and became one of the major guiding forces towards curbing deforestation in the Amazon in the pre-Bolsonaro years. And she's still constantly speaking out and putting herself on the line to really be an environmental defender.

What advice do you have for young scholars pursuing academic goals in Latin American/Iberian Studies?

JCW:  One of the best things you can do is to just expose yourself to as many different voices and ideas coming from the region as possible. And obviously, Latin America is an enormous region with a wealth of different voices, so that can be difficult. But just trying to get as much exposure to different ideas, to different geographies, and to different scholars in order to then decide the ways that you want to take your study. For me, that really meant finding aspects of literary and cultural studies that could become or inform more active and policy-based types of research and activism. I think it's really just exposing yourself to as many different ideas as you can and then finding the contribution that you want to make, which can be difficult but fantastic.

Can you tell us more about your upcoming book and what the writing process looked like?

JCW: It's been a long process of editing, and I also was working in environmental advocacy in the interim. So that's really shifted my perspective of things. But essentially, I look at different incursions into the Amazon. I look at North American, European, Brazilian, and Colombian explorers and journeyers who go into the Amazon, particularly during the first rubber boom. That’s from 1875 to around 1912 when it busted. But I'm also looking at narratives that then reflect on the rubber boom after the fact. The whole idea is essentially thinking about the ways that these outsiders imagine the development of the region and by development, I mean, what they thought about what different populations should be in the Amazon, how they imagine the future of the environment of the Amazon, during this period of intense research extraction. For example, in my second chapter, I look at Teddy Roosevelt who did a 1912 journey to the Amazon alongside the most famous Brazilian frontiersman Candido Rondon. And you know, Teddy is kind of like, let's set up a big chunk of the Amazon for conservation where we can go hunt. And then let's also have some farms or places to set up dams.  And in contrast, Rondon had this different kind of idea about how he was going to set up outposts and slowly bring Indigenous peoples into being Brazilians. So again, it's that whole idea of the conflict zone looking at the ways that these different people have interacted in this area that's extremely desirable, especially at this point in time where people want to make some money off of the basin. So yeah, that's kind of what the bulk of it is. And now what I'm doing is going back through and figuring out what exactly happens in the areas that these explorers were talking about and how some of these conflicts have played out. Of course, this land is still so contested, and the rhetoric, particularly now with a government like Bolsonaro's, which is extremely hostile to diverse populations and to the environment. That type of rhetoric very much echoes what people were saying about the region over one hundred years ago. I think ultimately, it's a story of who gets to speak on behalf of this land and these people. And you know, a lot of the narratives I'm looking at are imperial narratives. So now I’m thinking about how we can take what information there is from this time period, what written information and visual information there is and use it to reimagine the future of the region and how to change that narrative.