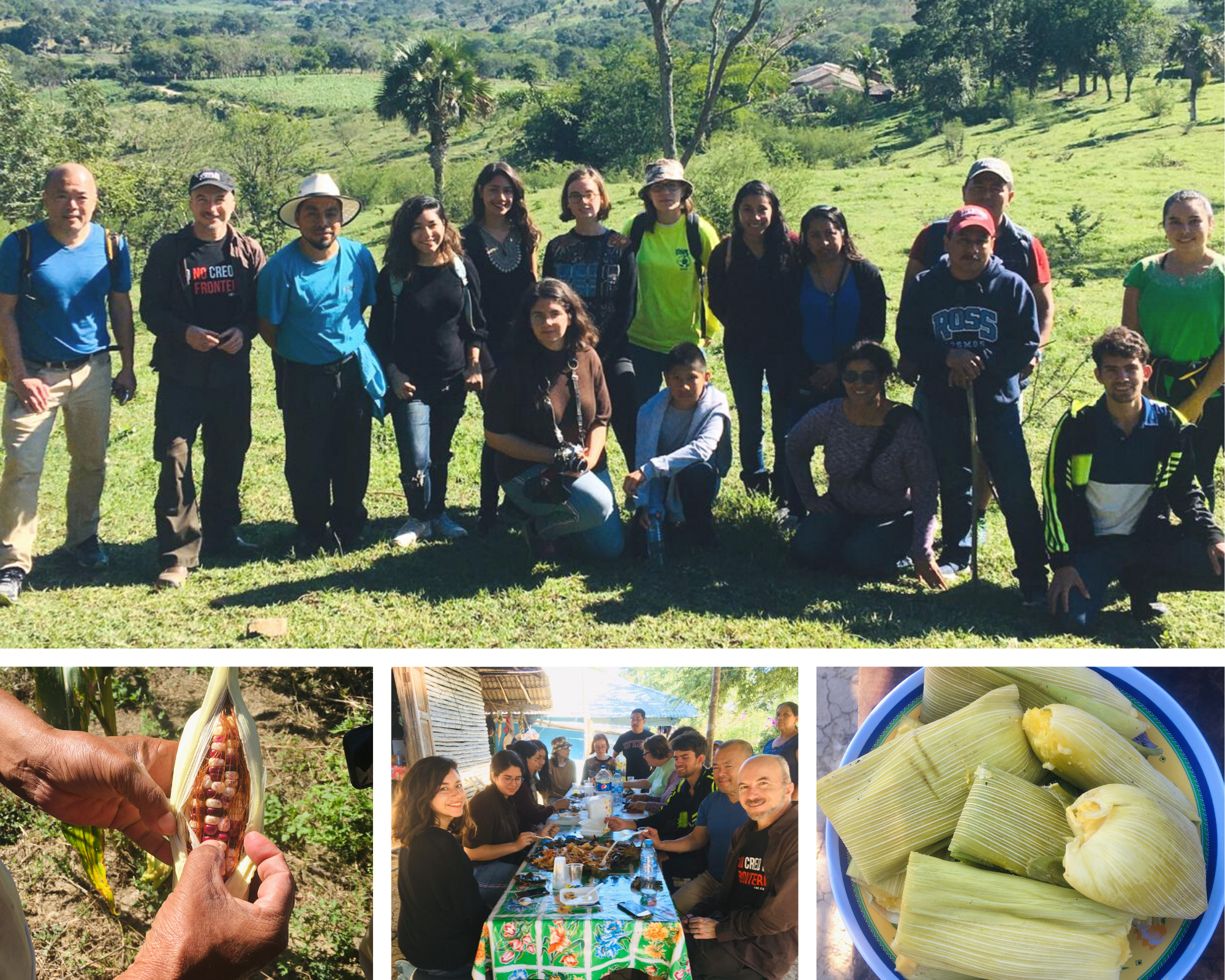 During the first two weeks of January 2020 Fatima Del Angel Guevara, MALAS Graduate Student, took an Intensive Nahuatl Language Program in Zacatecas, Mexico coordinated by the Instituto de Docencia e Investigación Etnológica de Zacatecas, A.C. All the instructors at IDIEZ are native speakers from la Huasteca Veracruzana. For a few days, Fatima and her classmates visited the community of Tecomate in Chicontepec, Veracruz where the families of the instructors welcomed us in their homes. After hiking to the tianquiz (street market), going to the tepetl (mountain) or listening to Nahua singers, the group shared a meal together. Food in Chicontepec is based on cintli (corn), etl (beans) and chilli (pepper), and cihuameh (women) made piquiz, yamachtli, zacahuil, xamitl (different kinds of local tamales) chiltlaxcalli (enchiladas), and chiltlacualli (adobo) for students in the course.

Visiting Tecomate made Fatima remember things she experienced when she was a girl. Since her grandmother was originally from Veracruz and spoke Nahuatl, Fatima and her family visited Veracruz a few times. Unfortunately, she explains that she never learned the language since she grew up in a different state, and my grandmother passed away when she was young.

While Fatima was in Tecomate, she observed women carrying big bags on their heads and people with their tlaixpan (altar) at home. She noticed that people were always smiling. When Fatima asked Don Eduardo about his milpa, he took the class to the milpa to show the corn he grows there. He also discussed his life as an Indigenous student and now retired teacher while they collectively cooked corn on the fire.

In Chicontepec, Fatima felt the sacred value of tlaneltoquilli (native beliefs) and witnessed how people continue the Nahua traditions. Her instructor, Sabina, was always willing to explain to her some of the traditional healing practices (physical and spiritual) and the struggles macehualmeh (indigenous people) have to face within and outside the community, some of which she could relate as an international student in the U.S.

This program not only helped Fatima improve her level of Nahuatl but also to integrate her own life elements from Nahua culture, as she feels it is a part of herself.